It is bordered by the Atlantic Ocean to the west, the Arctic Ocean to the north and the Mediterranean Sea to the south. The Ural mountains in Russia mark the eastern extreme.

The southern regions are higher and include the Pyrenees, the Alps and the Carpathian mountain ranges.

Europe can be broadly divided into three regions as shown on the map left. 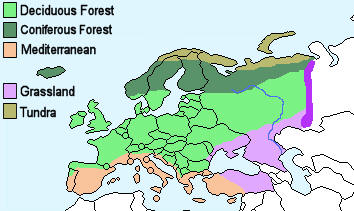 The climate of Europe can be broadly divided into five different climate types: 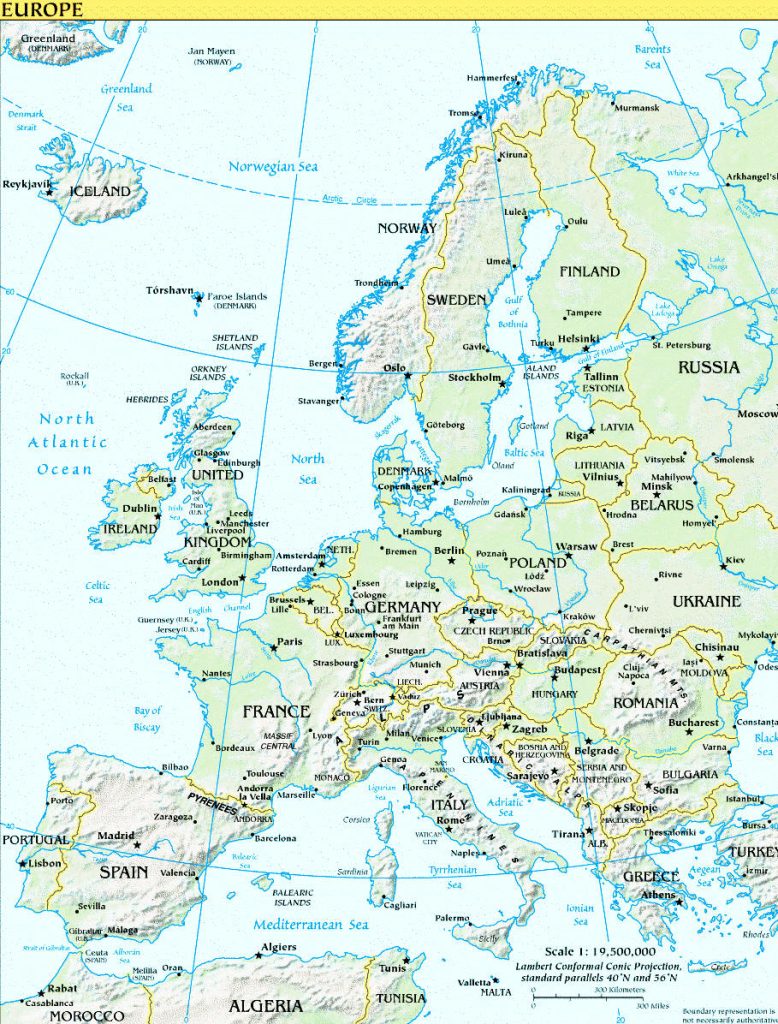 There are 47 countries in Europe including Turkey and Russia which lie in both Europe and Asia.

Europe has the largest economy of the world with Germany and the United Kingdom being the most economically developed countries.

The countries of central and eastern Europe are the least economically developed and are poorer in relation to the western countries. 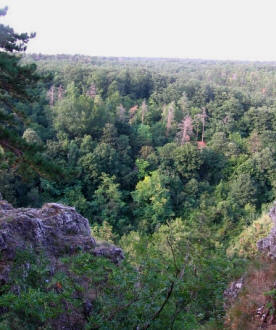 The plant life of Europe is characterised according to climatic region.

The coniferous forest region contains trees such as pine, fir and spruce.

Due to the cold during the winter months, only short grasses and shrubs can survive in the tundra region.

The grassland region is characterised by large open areas of tall or short grass. 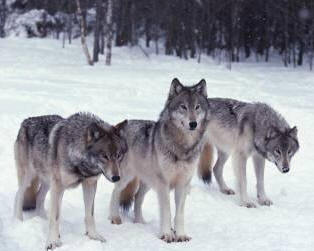 Due to the density of population in Europe there are few areas of natural habitat remaining and many indigenous animals are now extinct or in danger of extinction.

Brown bears and wolves can be found in the northern coniferous forest regions.

Deer, foxes, hedgehogs, snakes and wild cats can be found in the deciduous forest regions.