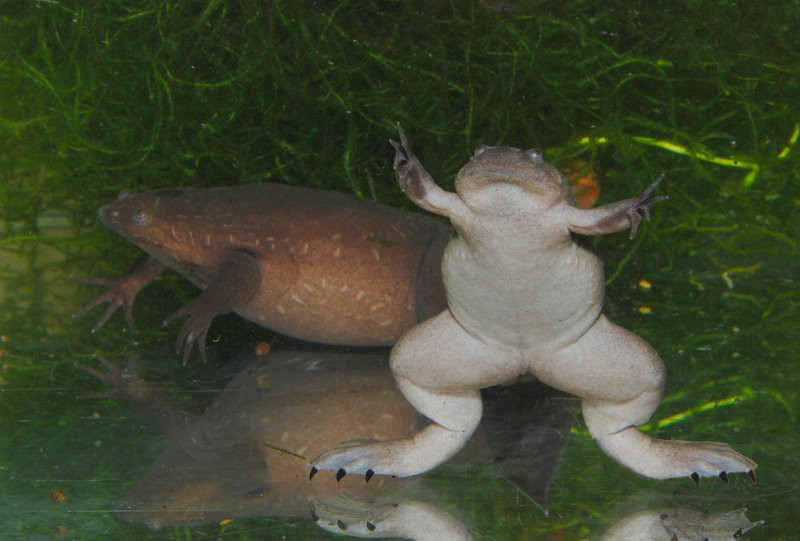 Western Clawed Frog is a species of African frogs that are known for their vibrant coloration and granular pattern on their bodies.

Mating Season – Up to 4 times a year, but mostly in spring

Natural Habitat – Usually in tropical and sub-tropical forests, living by the edges of slow-moving streams