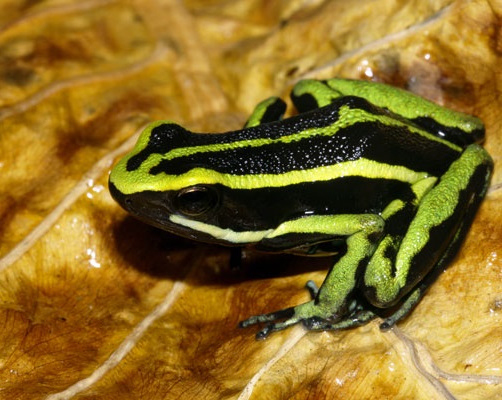 Known for their brightly-colored looks, the Three Striped Poison Dart Frog is a species of highly poisonous, diurnal frogs that are found in different parts of South America. Though they fall under IUCN’s ‘least concerned’ category and are one of the largest and most widely distributed species of poison dart frog, but they have recently been threatened by loss of habitat.

Mating Season – Can mate at any time

Special Features – Bright green stripes run from the head to the hind limbs, which can also be yellow or orange at times

Natural Habitat – Lives in both primary and secondary tropical rain forests, close to the forest floor