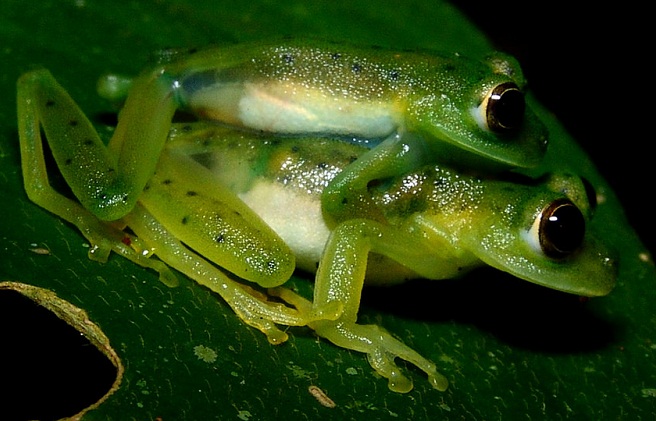 The Nicaragua giant glass frog is relatively bigger than most of the other species of glass frogs, and hence gets the name. However, they are only medium-sized frogs and are found in parts of South America.

Mating Season – May to November

Special Features – Known for their coloration having an emerald green upper surface marked by black flecks, while the underside is yellow