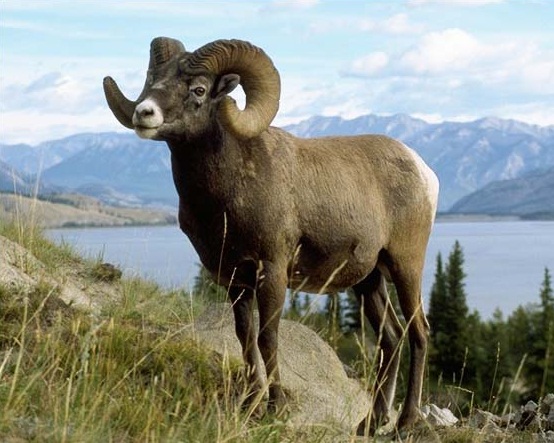 Named after their long horns, the bighorn sheep is a species of sheep native to North America. They have seven subspecies.

Geographical Distribution – Seven subspecies distributed throughout parts of the USA

Diet – Brushy plants such as desert holly and desert cactus