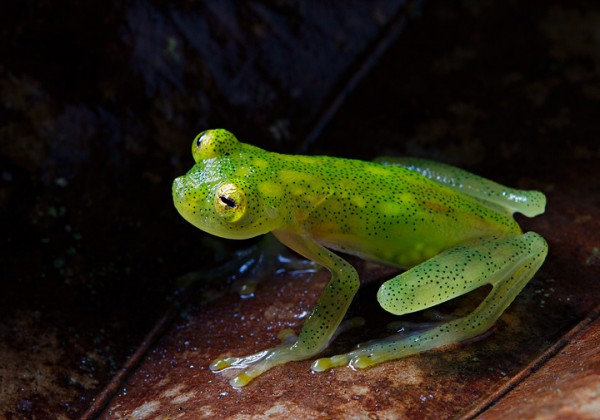 The Reticulated Glass Frogs are found in parts of the continent of South America, and are known for their transparent to translucent underside, from which they get their name.

Special Features – The males are protective of their young ones 24/7 before hatching out and are known to kick out creatures like wasps trying to feast upon the eggs.

Geographical Distribution – In the rain forests of Costa Rica, Panama, Colombia, and Ecuador

Natural Habitat – Usually arboreal, but also live along streams and rivers during the mating season