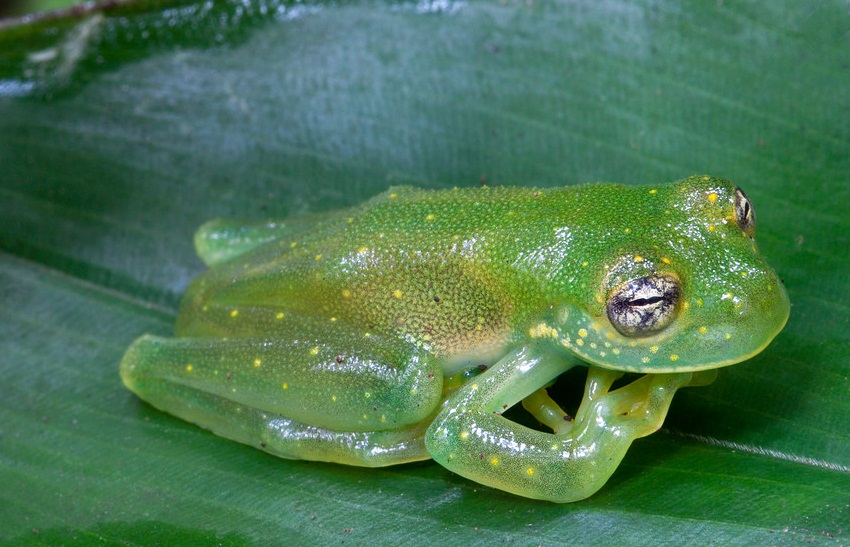 A species of ‘glass frog’, the granular glass frogs live in a small region of South American lowlands. Like other glass frogs, they are also known for their transparent belly through which their entire intestine is visible.

Mating Season – During the rains

Geographical Distribution – Throughout the humid lowlands of Honduras, Panama, Costa Rica, and Nicaragua