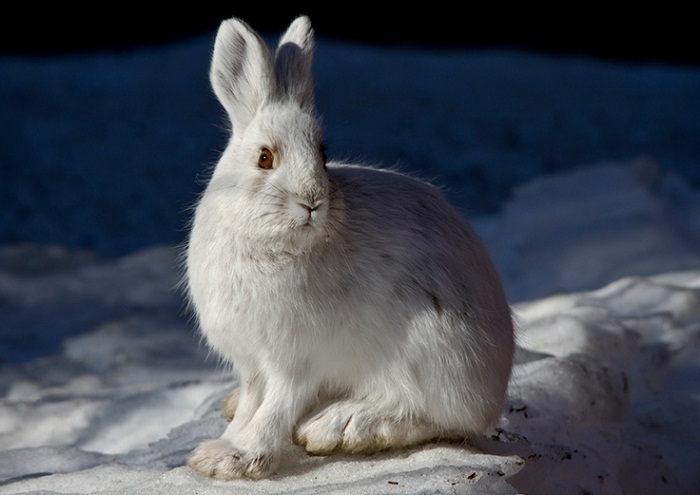 Named after the large size of its hind feet, the snowshoe hare is a species of North American hares that are spread widely across the continent in 14 subspecies.

Special Features – For camouflage, its fur turns white during the winter and rusty brown during the summer