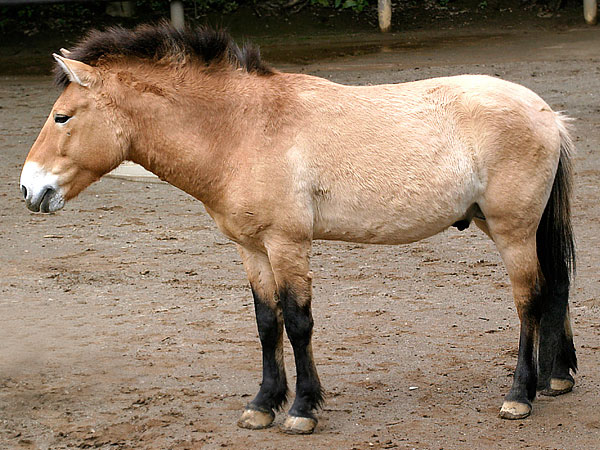 The Przewalski’s horse or Dzungarian horse is a very rare subspecies of endangered wild Asian horses native to the steppes.

Mating Season – Reproduction process is seasonal; in Mongolia the season is towards the end of either May, June, or July

Special Features – Stockily built in comparison to domesticated horses; has shorter legs; uses its teeth and strong legs for self-defense

Social Structure – Live in small, permanent family groups consisting of one adult stallion, one to three mares, and their common offspring

Diet – Mostly vegetation consisting of many types of plants