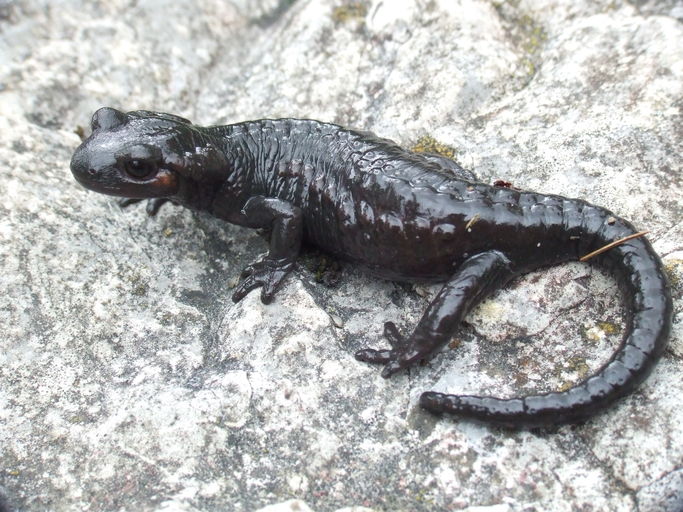 Special Features – Black in color with a flattened head and web-like skin between the digits; devoid of the larval stage in the reproductive process