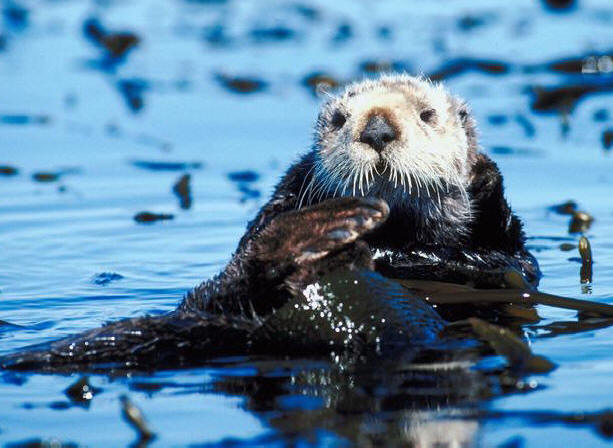 Mating Season – throughout the year

Special Features – they have webbed feet to help them swim and water-repellent fur to keep them warm and dry. They spend most of their time floating on their backs.

Family Unit – Sea otters spend much of their time alone foraging for food but can also often be found floating together in single sex groups called rafts. Apart from mating season males and females live separate lives. Pups remain with their mothers for 5 – 12 months.