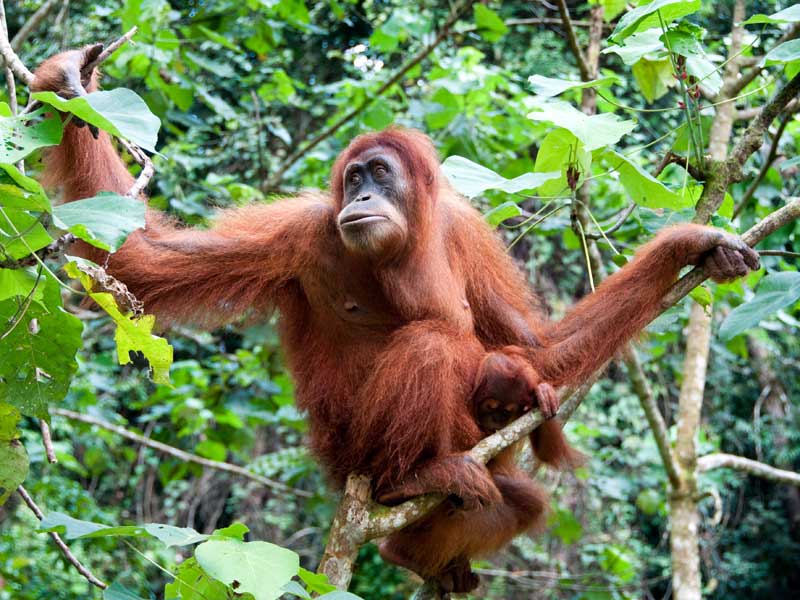 The orangutans are great apes that are exclusively Asian, and are divided into two subspecies. An estimated of 5,000 of these animals are killed every year.

Special Features – Covered with red hair, while the arms are than the legs

Geographical Distribution – Actually native to Indonesia and Malaysia, but are currently found in only Borneo and Sumatra

Diet – Over 300 kinds of fruit; also bark, leaves, flowers, and a variety of insects