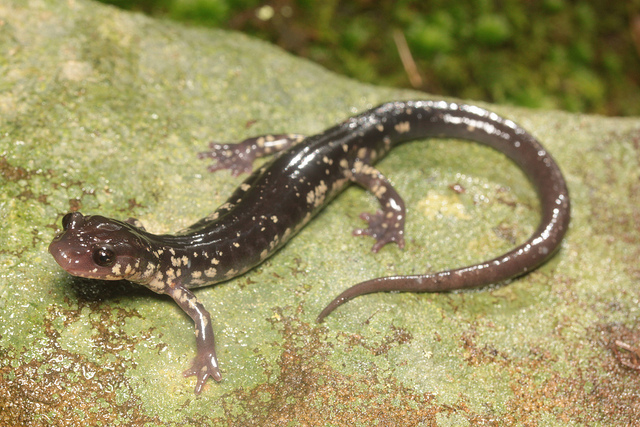 The White-spotted Salamander is a lung-less salamander species that are extensively spread throughout the United States.

Special Features – Remain under the ground during the dry and warmmonths

Natural Habitat –Not been studied, but have been found beneath rocks and rotting leaves, in burrows of the deciduous forests

World Population – Not known, but stable