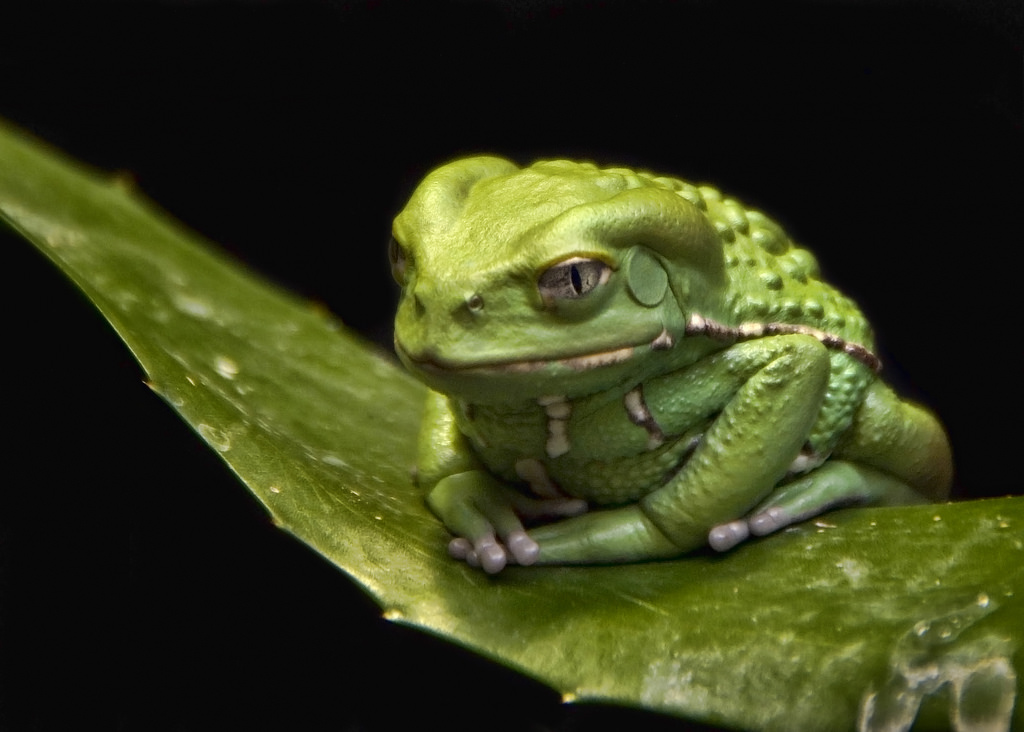 Special Features – Produce lipid secretions from the skin glands spread over the surface of the skin by means of which it regulate water loss; move by walking rather than hopping; upper surface is covered in small raised bumps; muted green in color with bright white lower lip; underside marked with white spots and stripes