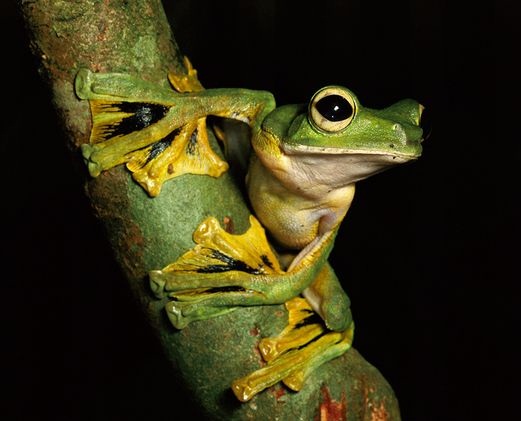 The Wallace’s Flying Frogs are known for their ability to glide through the air from one tree to another. They have a green dorsal region and a white ventral region and are spread across a large area covering several south Asian countries. The females of this species are larger than the males.

Special Features – The webbed feet are relatively larger than the body

Geographical Distribution – From the Malay Peninsula to western parts of Indonesia, and is also found in Borneo and Sumatra islands