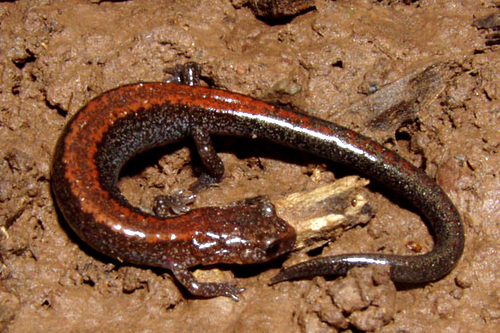 Life Expectancy – Around 25 years in captivity

Special Features – To guard their limited food supply, it marks territories by leaving their droppings and scent marks on the ground; other salamanders get clues from these markings about each other’s territorial boundaries as well as size and the status of the salamanders occupying the area

Family Unit – Their kin selection behavior is exhibited when adults holding territories allow juveniles access to their territories especially during the dry season when foraging is hard to come by. It uses olfactory communication to recognize its  kin

Natural Habitat – Under logs, stones, moss, and other debris on the floor of deciduous, evergreen, or mixed forest; found in plenty in areas with a lot of moisture