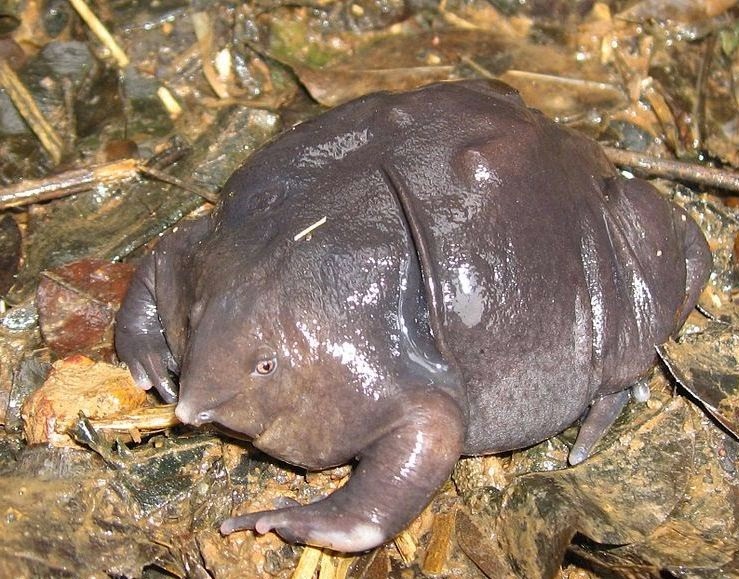 Metamorphosis Period – Around just over 3 months

Special Features – Have a distinct robust, rounded and bloated body; have a small head and a distinctive pointed snout compared to other frogs; remains underground for the most part of its life surfaces only in order to mate

World Population – Only 135 specimens have been observed so far; population trend is decreasing