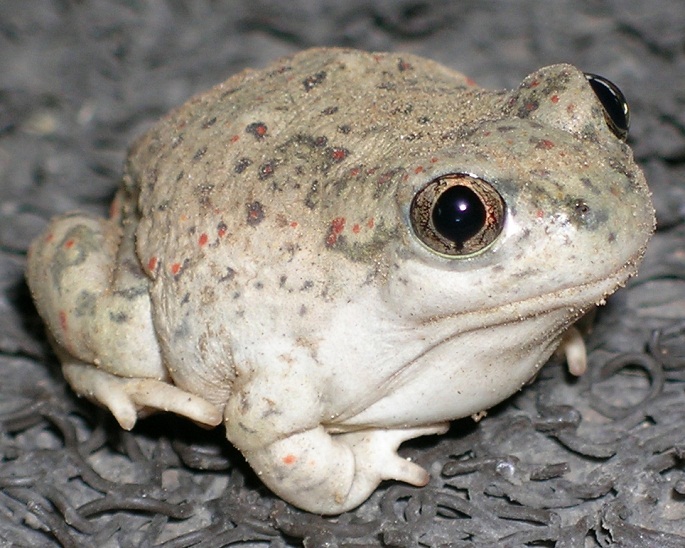 Life Expectancy – Up to 13 years

Breeding Season – Between May and August

Special Features – Possess round body with relatively short legs; color ranges from tannish to dark brownish with orange spots; possess a prominent, sharp, spade-shaped black tubercle on each of its back feet; have a raised bone between the eyes