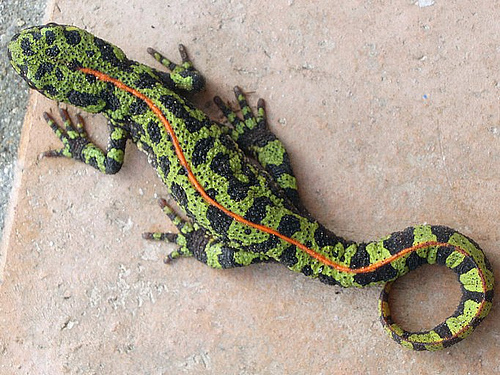 Special Features – Large in size with a warty skin; the male develops a large dorsal and caudal crest during the aquatic phase