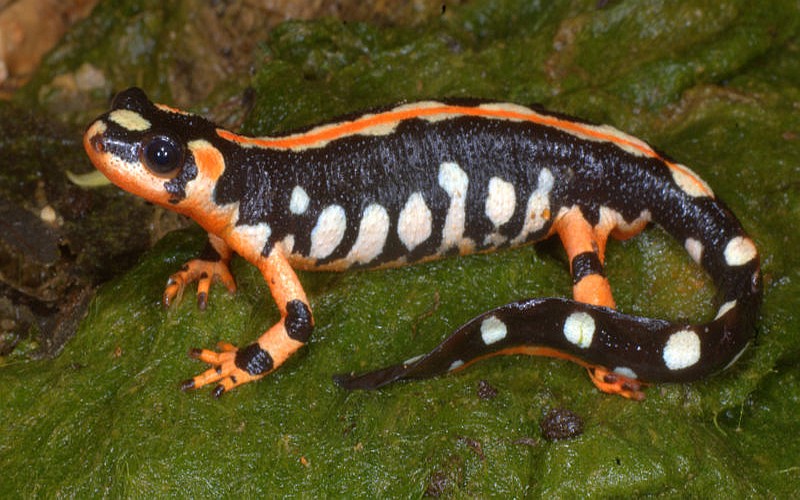 The Luristan Newtsare vibrantly-colored reptiles from Iran, and are known to exist in only four water streams. A ‘vulnerable’ species, these salamanders have a highly-declining population.

Life Expectancy – Not been studied

Special Features – The entire body is pink to pinkish peach, covered with 2 lines of dark patches with white spots on them