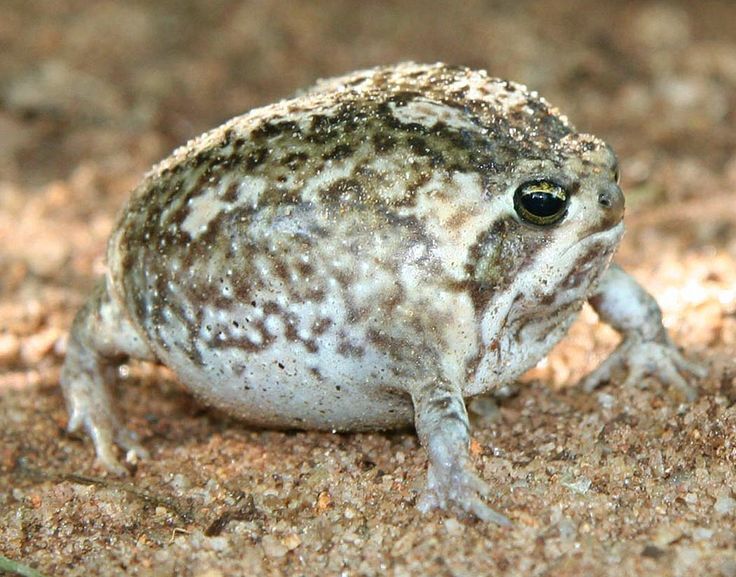 Special Features – Unlike other species of frogs it develops directly from the egg into adults without passing through the tadpole stage; stout body with quite small legs which makes it unable to hop or leap instead it walks on the sand; possess comparatively large bulging eyes; unlike other frogs, it inhabits places where there is no water at all.

Family Unit – During the breeding season, the male make sounds to attract the females

Diet – Beetles, insects, and their larvae