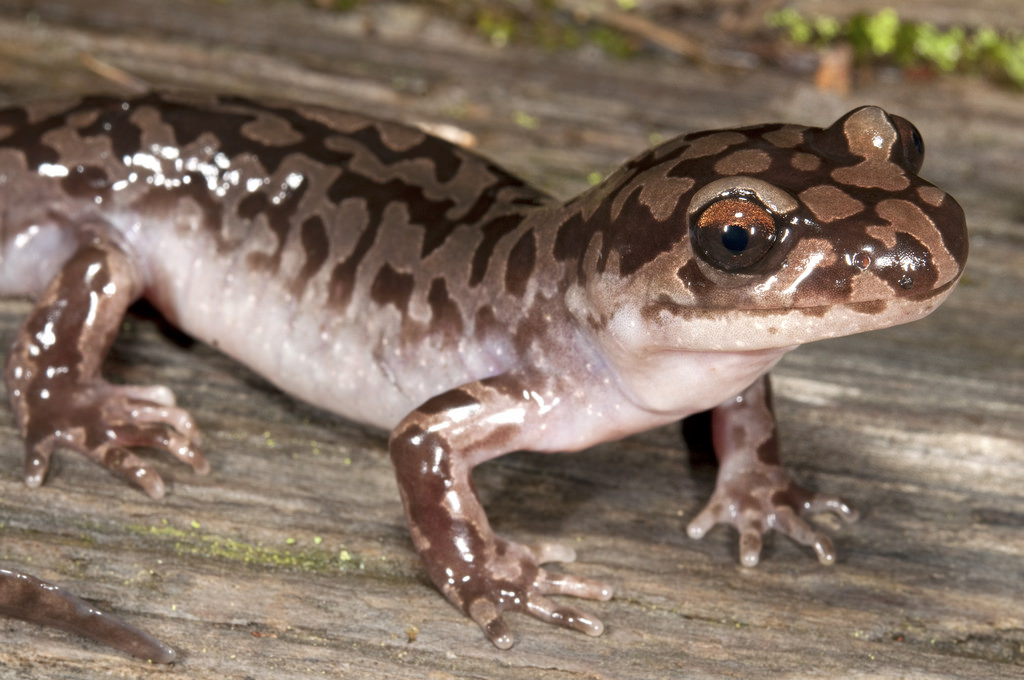 Special Features – Possess four toes on the front feet and five toes on the back feet; broad head with a shovel-like snout; possess a fold of skin across the throat known as the  gular fold; light brown or brassy-colored head, back and sides with a marbled or reticulate pattern of dark uneven patches; capable of vocalizing