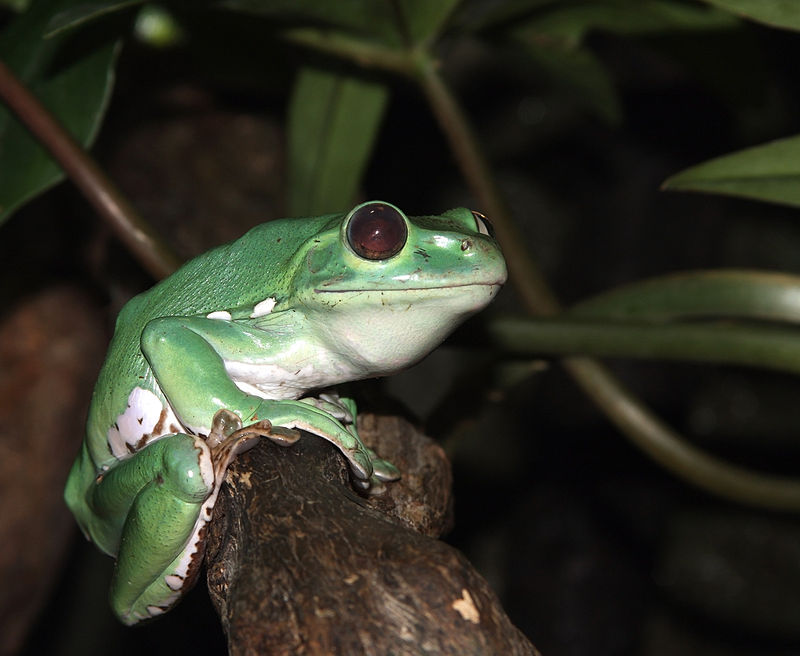 The Chinese Gliding Frog, as the name suggests, is known for its ability to glide up fast through the branches of trees. They are found in the southern parts of Asia and are noted for their bright coloration.