Amphibians are a class of around 7,000 species found across the world, with 90% of them being frogs. The largest recorded amphibian is the Chinese giant salamander, while the microhylid family of frogs from New Guinea is considered the smallest. Most members of this class are insectivores, playing an important part in the ecosystem by keeping insect populations in check.

All amphibians are vertebrates, belonging to the Chordata phylum. 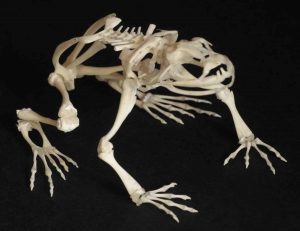 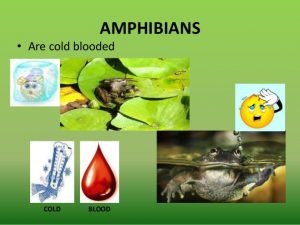 Tetrapod, that is adults have four limbs, except for caecilians, the only limbless amphibian order. 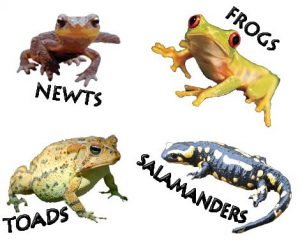 Semi-aquatic in nature, at least a part of their lives in spent in water. 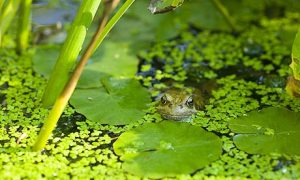 The process using which they mate is called amplexus. The male grasps onto the females head, armpit or waist and as the female’s eggs come out of her body, they are fertilized by the males. 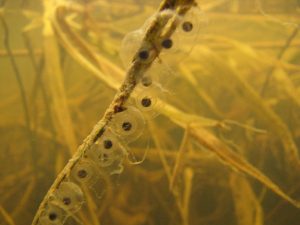 Most of them undergo metamorphosis, wherein they transform from a gilled larva into an adult that breathes air with lungs. 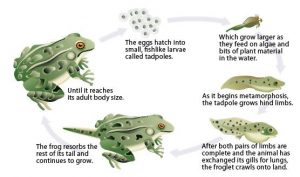 Most of them flick out their elongated and sticky tipped tongue to catch their prey. 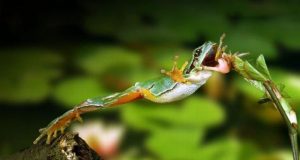 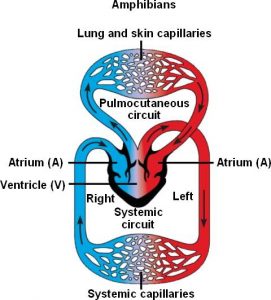 Soft, moist, glandular, and permeable skin, sometimes used by as a secondary means of respiration. Some species, in fact, lack lungs altogether and use their skin as the primary tool for respiration. 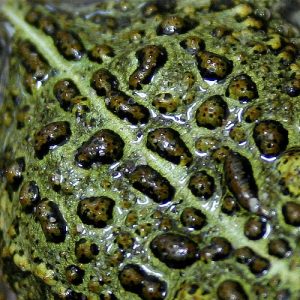