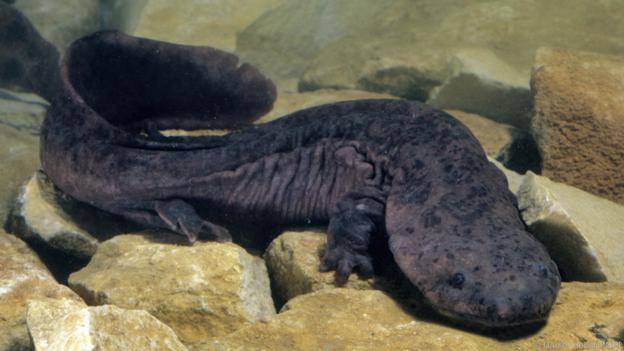 Life Expectancy – Up to 80 years

Family Unit – Solitary except during the breeding season; during breeding time, both male and female maintain a territory

Natural Habitat – Rocky hill streams, clear water lakes at an altitude of about 200 to 2,000 meters above sea level