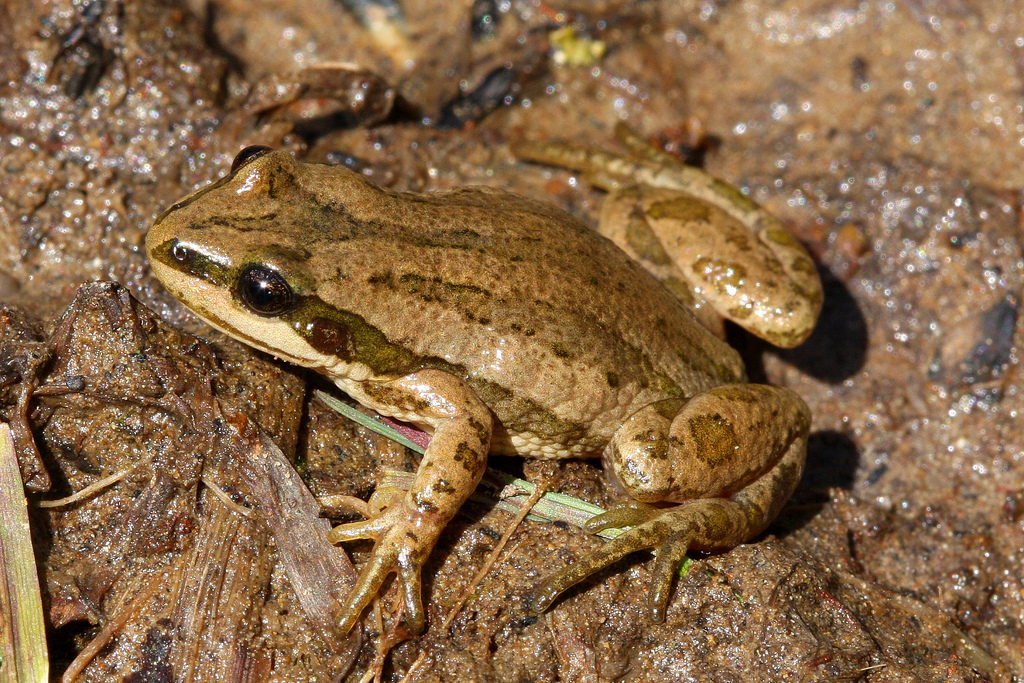 Special Features – Color ranges from brown to green upper surface with three broken stripes; a dark band appears from the snout, across the eye and runs down the side; possess a bit enlarged toe pads

Diet – Variety of invertebrates including insects and snails