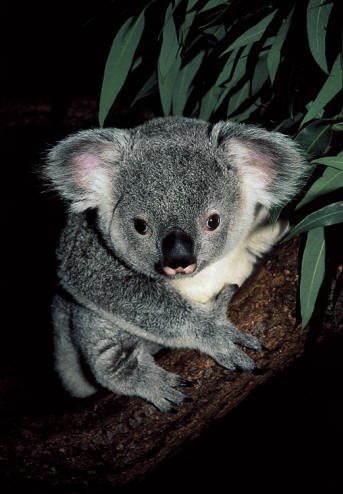 Collective Noun – none, they are solitary creatures

Speed – Not applicable – they live in trees

Special Features – The koala joey rides in it’s mothers backward-facing pouch for about 5 to 6 months, and drinks milk from it’s mother’s nipple

Family Unit – Koalas are very solitary creatures, because of this, there is no set name for a groups of koalas. When talking about an area that has several koalas living there, it is known as a “koala colony”

Natural Habitat – They live and sleep in the eucalyptus tree