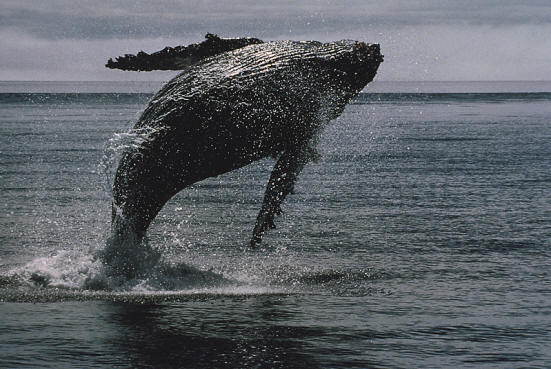 Mating Season –  winter months which are spent in warmer waters

Special Features –  Humpback whales are migratory travelling vast distances between warmer waters where they spend the winters and cooler waters in the north and south where they spend summer months. Their blow is a double stream of spray that rises 10-13 feet (3.1-4 m) above the surface of the water

Family Unit – Humpbacks travel in large, loose groups. Most associations between humpbacks are temporary, lasting at most a few days. The exception is the strong and lasting bond between mother and calf

Geographical Distribution – Oceans of the World