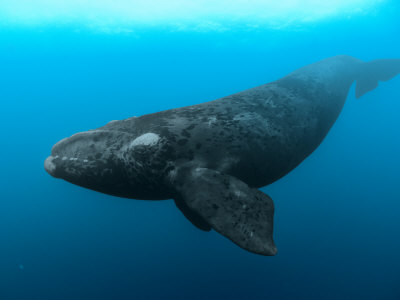 Right whales are three species of large baleen whales that are known for their huge size. they are found both in the Atlantic and the pacific oceans.

Geographical Distribution – The three species are found in three distinct areas of the globe: the North Atlantic in the western Atlantic Ocean, the North Pacific in a band from Japan to Alaska and all areas of the Southern Ocean