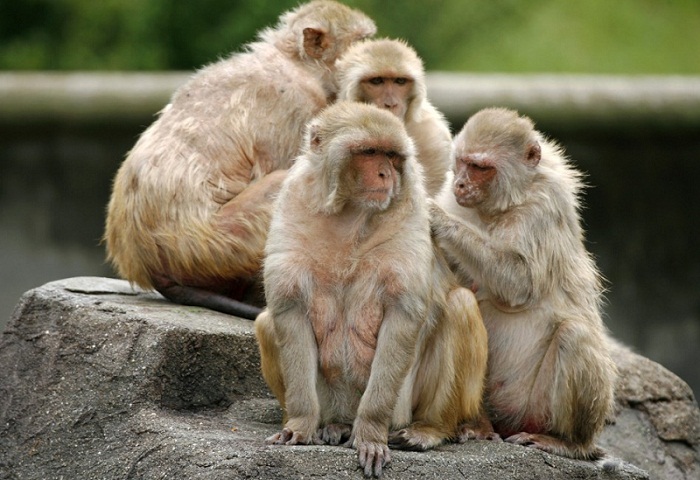 As one of the best-known species of Old World monkeys, the rhesus macaque is an Asian primate that is extensively scattered throughout its habitat.