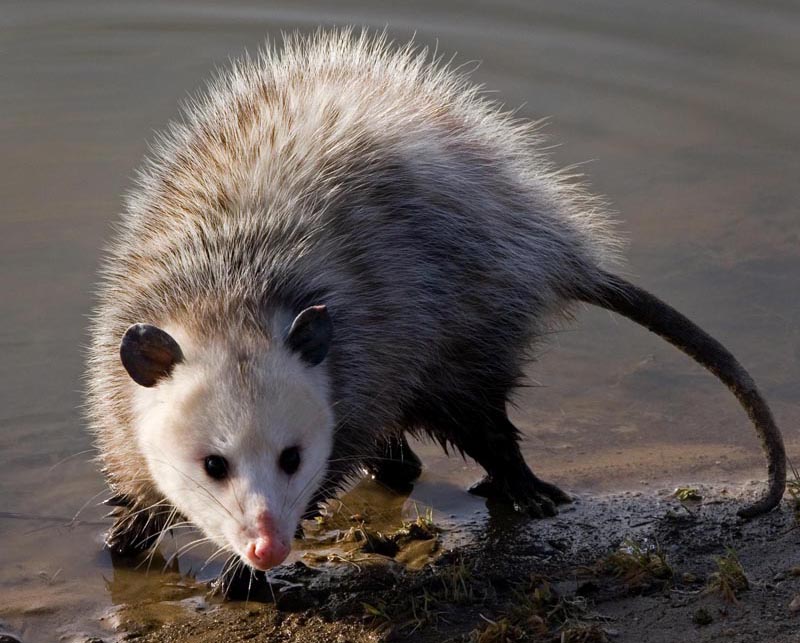 Also known as possum, the opossums are marsupial mammals of the order Didelphimorphia, and are the largest order of marsupials in the Western Hemisphere, comprising of 103 or more species in 19 genera.

Geographical Distribution – In different regions throughout both the Americas

Predators – Birds of prey such as owls and eagles, dogs, foxes and cats