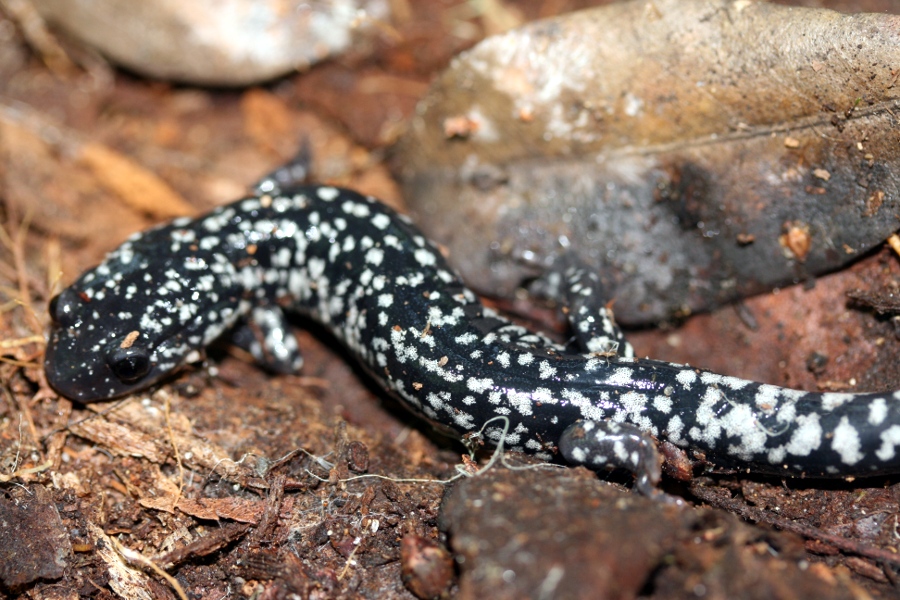 White-spotted Slimy Salamander is a species of salamanders that are found in parts of the United States. This is a species marked as ‘least concerned’, though they are currently suffering habitat loss.

Natural Habitat – Humid and wet regions of the temperate forests