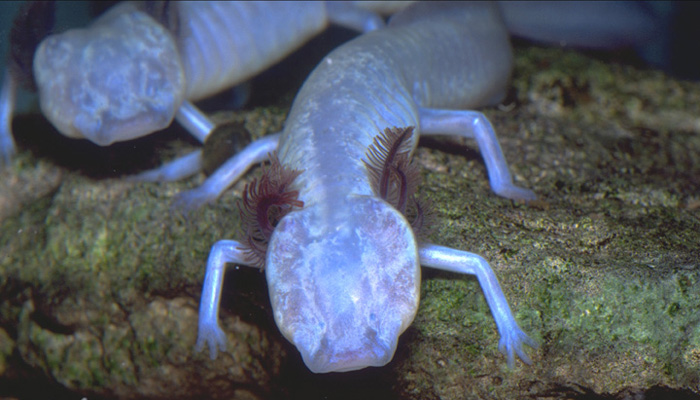 Special Features – Almost devoid of vision as eyes are reduced to two black spots; it is adapted for living in underground water-filled caves where there is total darkness; it hunts its prey by sensing water pressure waves created by the preys in the underground waters; it absorbs oxygen from the water through its blood-red external gills

Family Unit – Little is known about the behavior of this creature

Predators – The creature is inaccessible for the common salamander predators