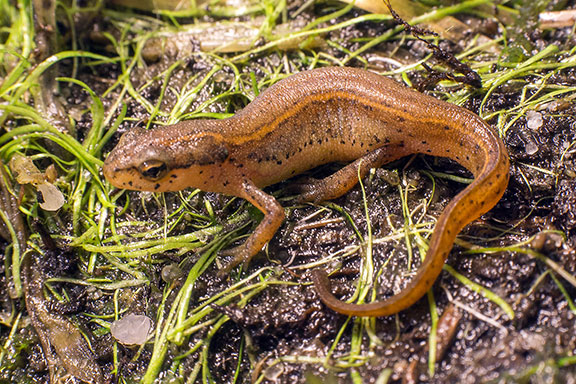 The Striped Newt is a species of American salamander that is aquatic in nature. They are so called because of the presence of red stripes running down the sides of their backs.

Life Expectancy – years; up to 12.9in captivity

Special Features – Having a poor sexual dimorphism, the male and the female look almost identical