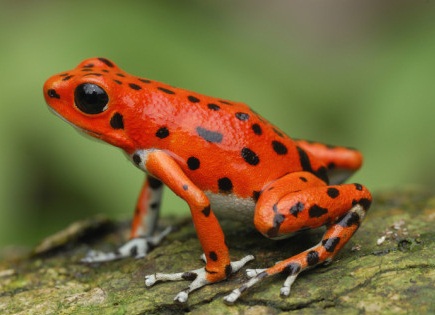 Life Expectancy – Up to 17 years in captivity

Special Features –  Bilaterally symmetrical; males and females are similar in size and appearance; it derives toxins from its diet which it ejects through its skin to defend against predators

Family Unit – Both male and female exhibit parental care as males guard and water the nests to ensure eggs are hydrated whereas females feed the tadpoles; after hatching, the females carry the tadpoles on its back to some water-filled location and take care of it