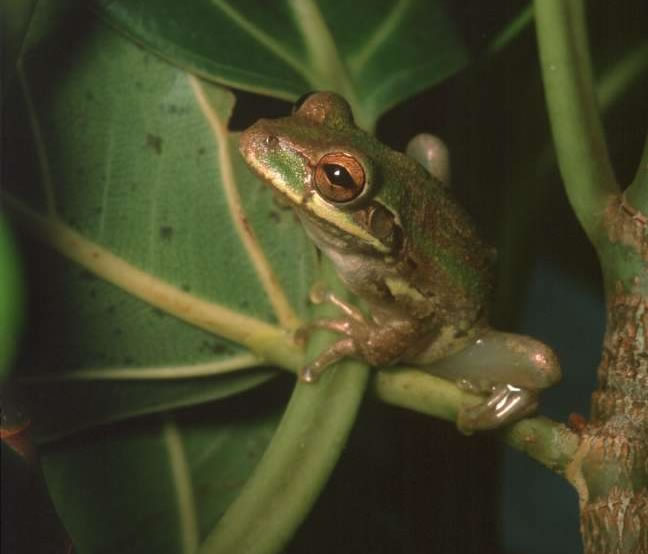 Average Length – Around 1.5 in

Life Expectancy – Around 8.5 years in captivity

Breeding Season – Between April and August

Special Features – Possesses large toe pads that helps it to cling to trees; color range from green to varying shades of yellow or brown with dark spots ; a white stripe runs from under the eyes along the jaw