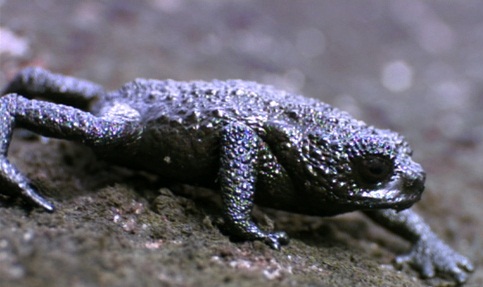 Special Features – Possess thin arms and legs; flat and palmate hands covered with tubercles; black outer surface and underside with no patterning; when threatened, it rolls itself up into a ball and bounce down the hill to avoid danger; poor jumpers and poor swimmers

Family Unit – Breed communally in groups of more than 100 members