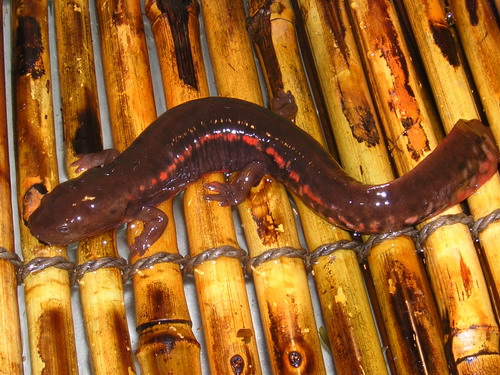 Special Features – Have a flat body with a long paddle-like tail; have relatively short limbs