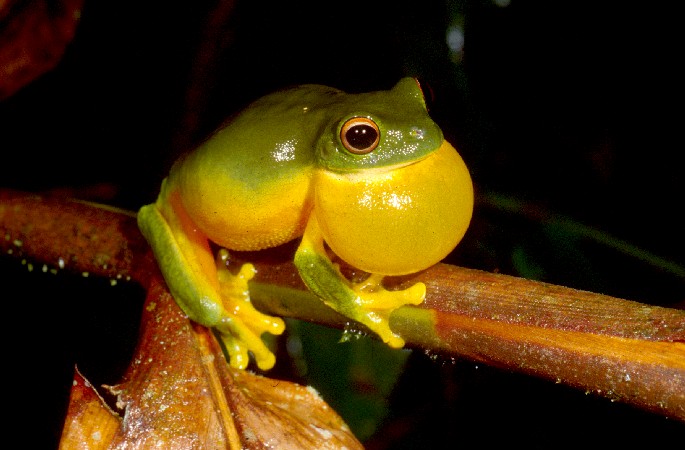 The orange thighed tree frog is a species of tropical frogs in parts of Australia. They are known for their various colorations, and are often confused with the red-eyed tree frog (Litoria chloris).

Special Features – The dorsal part is bright green, while the ventral region and the eyes are distinctly orange