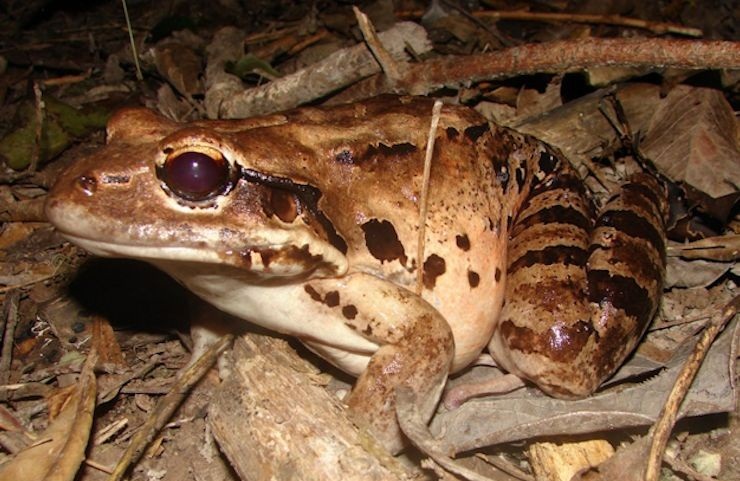 Mountain Chicken Frog is one of the world’s largest frogs. It has however been a ‘critically endangered’ species. The frog has been a popular food since centuries, resulting in this decline in population. It is considered as a local delicacy in the Caribbean islands where it belongs.

Life Expectancy – Up to 12 years in captivity

Special Features – The color of the body resembles dry or dead leaves, which helps them in camouflage