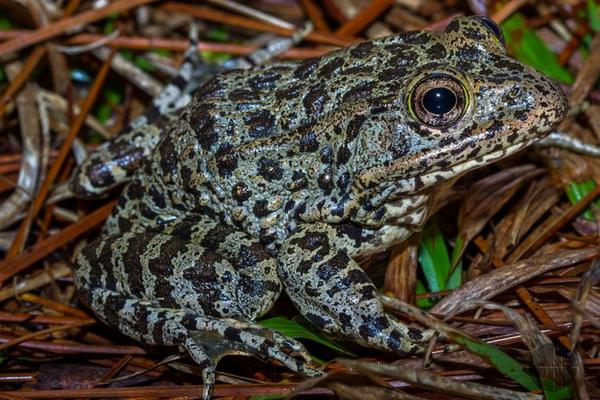 Breeding Season – Between December and April

Special Features – Color ranges from dark brown or black upper surface covered with dark spots and warts; spends most of its life in or near underground burrows of other animals; secretes milky fluid from its warty glands as a defense mechanism