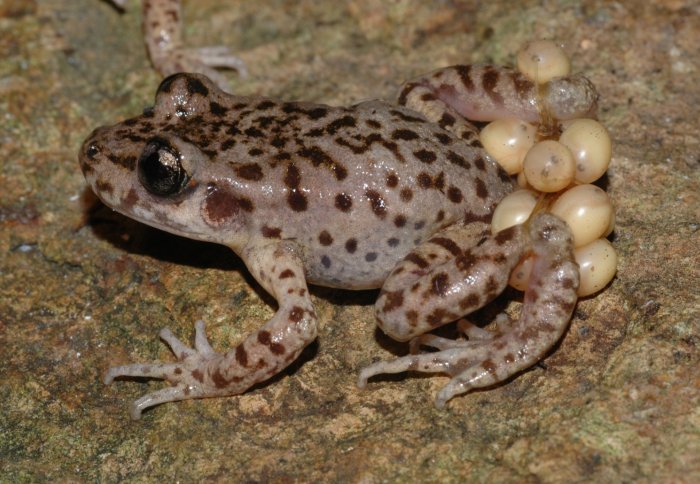 Special Features – Head and legs are large in relation to the body; large eyes; golden-brown in color with many darker brown, green or black uneven patches; off-white underside; a black triangle appears between the eyes

Family Unit – Solitary creatures except during the breeding season; male’s exhibit parental care during breeding season as it carry strings of fertilized eggs on their hind legs  to protect them against predators and release the eggs into the water when they are ready to hatch