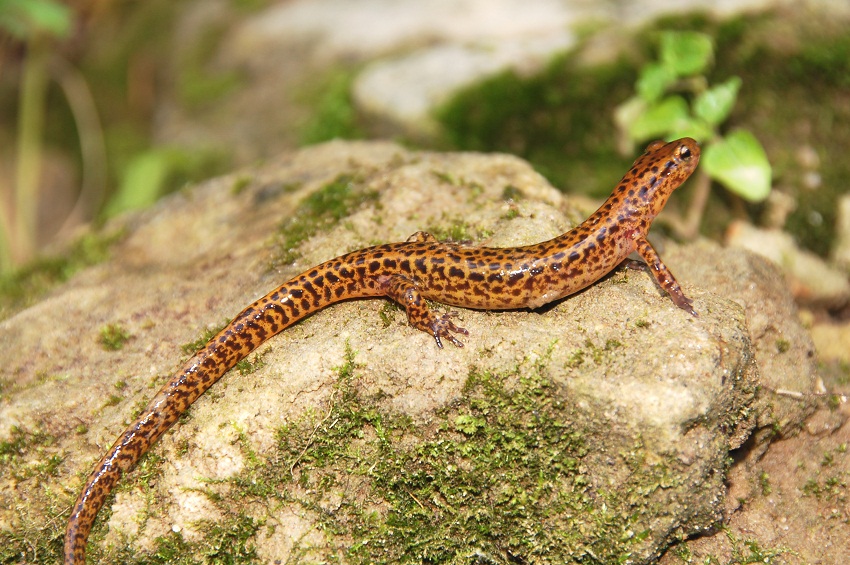 As the name suggests, the Long-tailed Salamander is known for its strikingly long tail, much larger than the size of its body (forming 60-65% of the length of their body), and are often mistaken for a snake’s tail.Along with their two subspecies, these reptiles are found in the USA.

Special Features – Do not have lungs

Geographical Distribution – Only in the Appalachian Region of the eastern USA

Natural Habitat – Shaded and swamp areas in the edge of streams, springs, seepages, rock crevices, entrances of mine shafts and caves

Predators – Most common predators are sculpins and sunfish; also preyed upon by small mammal, snakes, and birds