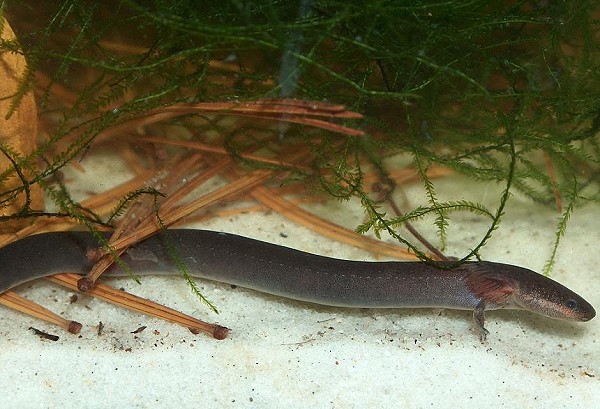 Life Expectancy – Up to 25.7 years in captivity

Special Features – Small dorsal fin running from the vent to the tip of the tail; possess only a reduce pair of front legs and devoid of back legs; four toes on each foot; color ranges from light grayish green to olive or black

Diet – Mainly aquatic invertebrates, including various kinds of worms, snails, and crustaceans; also feed on tadpoles and eggs of other amphibians