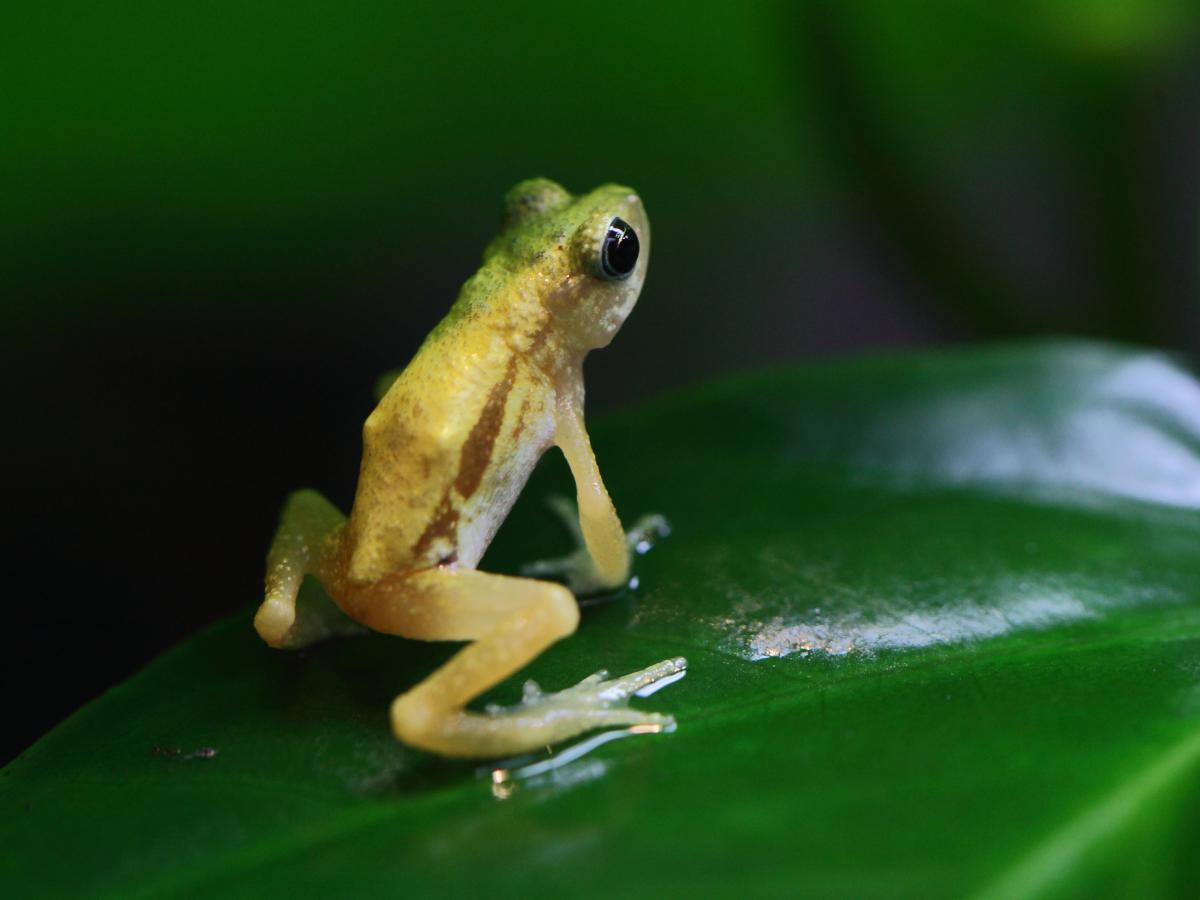 The kihansi spray toad is a small, yellowish species of extremely rare toads that are no more found in the wild. Only a very little population exists under captive breeding conditions.

Special Features – The skin in the abdomen is translucent and hence developing offspring can often be seen inside the pregnant females; feigns death or eject out water from bladder if disturbed