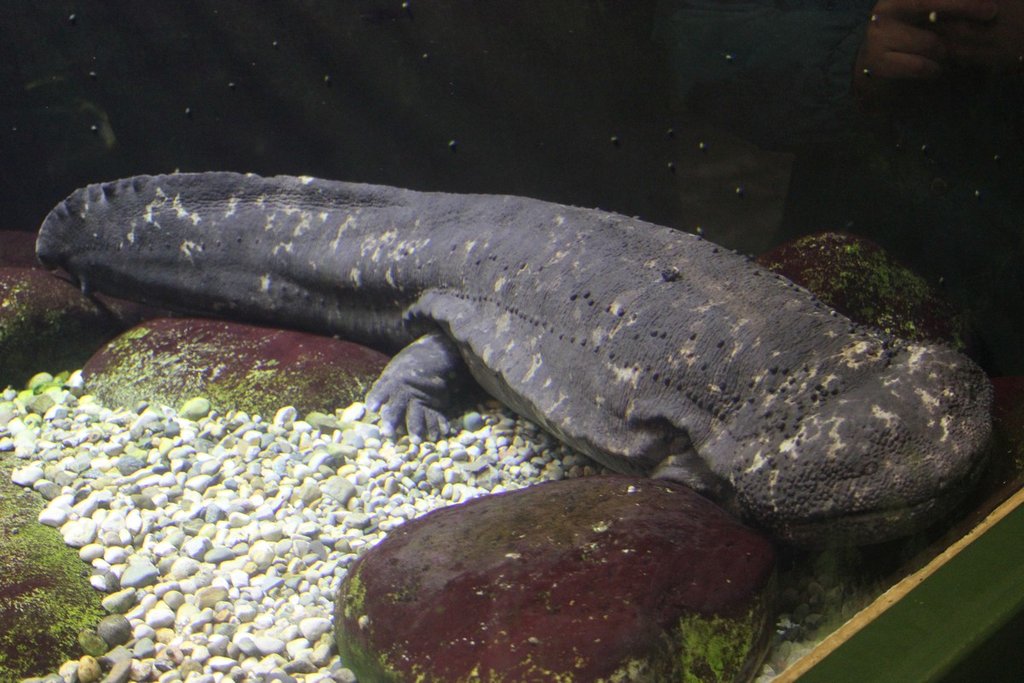 Special Features – Absorbs oxygen through the skin;  has special sensory cells in its skin through which it detect minute vibrations in the environment essential for its hunting as the animal has poor eyesight

Family Unit –  Solitary except during the breeding season; sedentary to some extent

Natural Habitat – Streams having rocky or gravel bottoms with riffles