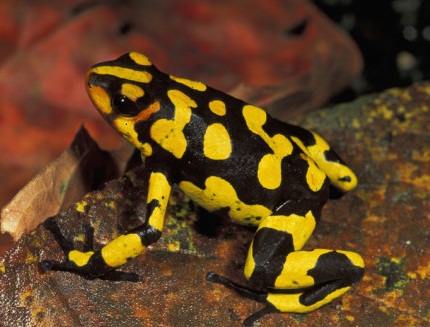 Special Features – Bilaterally symmetrical; skin contain glands which produce highly toxic poison; it collects poison from its prey which gets deposited in its body

Family Unit – The female stay by her eggs to protect them as soon as the eggs are fertilized; after hatching, the female transport the tadpoles to small water reservoir; the female returns periodically to the reservoir to lay unfertilized eggs on which the tadpoles feed until the start of metamorphosis