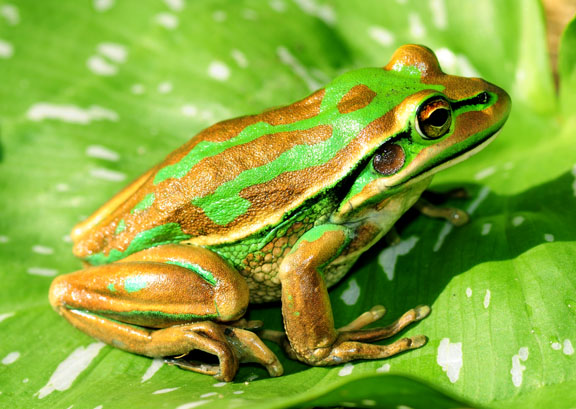 Special Features – Large stout body; bright green upper surface with brown or golden blotches; exhibit a creamy-white stripe extending along the sides from the eyes to the back legs; cream or white belly; inside of the thighs are turquoise-blue

Diet – Insects such as crickets, larvae, dragonflies, cockroaches, earthworms, flies, grasshoppers, mosquito wrigglers, also feed on crayfish, slugs, and other frogs including its own species