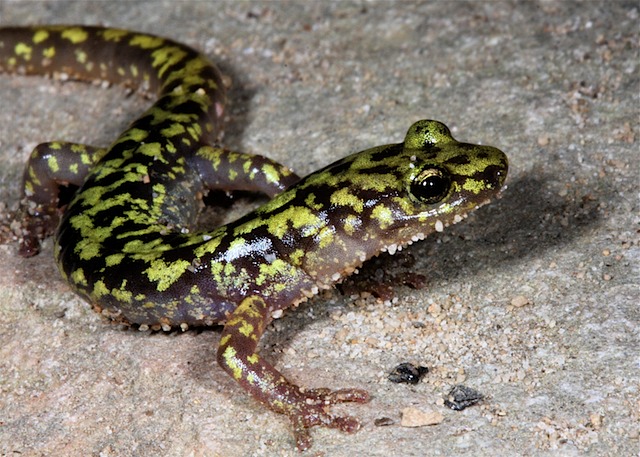 Life Expectancy – Not much is known; however, one individual lived for 6.4 years in captivity

Special Features – Devoid of the larval stage as the animal develops into adult phase within the egg; have squared toe-tips with large conspicuous eyes

Family Unit – The males are very much territorial toward other salamanders and other invaders; during breeding season, the male after entering the breeding crevices will wait for the females to join him, the courtship begins soon after the male and female meet; the female will stay with the eggs after laying, wrapping her body around the cluster until it hatches