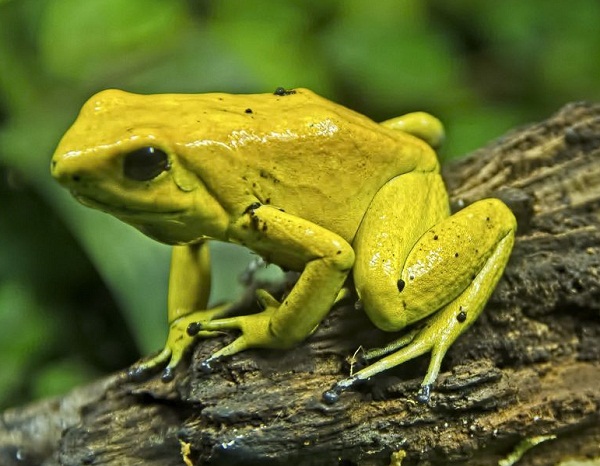 Special Features –Have adhesive disks on its toes which help in climbing; possess a distinctive bone plate in the lower jaw; occurs in three varieties of color morphs; communicate among themselves with calls as well as gestures

Family Unit – Sociable as it lives in groups of up to six members; very much involved in parental care as the tadpoles after hatching stick to the mucus on the back of its parents while the male carries the tadpoles to water-filled locations